Home » The Numbers Are Colder Than You Think

The Numbers Are Colder Than You Think 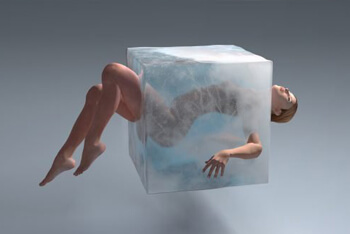 The last ten years has seen a multitude of fat-reducing procedures enter the market. Some of the more common ones you may have heard of are cryolipolysis, where areas of unwanted fat are frozen for reduction; fat-dissolving injections; or ultrasound and radiofrequency devices that break up fat and cause it to be flushed from the body. All of these options have some validity, but they vary in patient satisfaction rates.

A recent retrospective article in Dermatologic Surgery reviewed RealSelf ratings from actual patients over 13 separate fat-removal modalities and found that devices that freeze fat (cryolipolysis) had only a 55% patient satisfaction rate*. So, 45% of individuals that have had this procedure are dissatisfied with the results …that’s pretty dismal.  How much did these individuals pay? They paid on average $2400 for multiple sessions (total price) …and they were unhappy. Some patients even had a paradoxical response, in that they developed increased fat in the areas treated!

In the last six weeks, the representative for this device has visited my office twice. He feels that there is a great demand for this device, and since my practice offers a wide variety of cosmetic services, he wants me to have the device in my office, despite 11 other providers and spas in this city already owning one. I say “no thanks”. He says  “what will it take for me to sell you on this device?” I say “I’ll consider it for $25,000” (it costs $150,000). On further consideration, I wouldn’t even pay that amount, because I already have something so much better, something that is safe, has minimal downtime, is in the same cost range to the patient, and has phenomenal results: tumescent liposuction.

Liposuction was first developed in the 1970’s in France. In the mid 80’s, a Dermatologic Surgeon began to experiment with tumescent anesthesia, allowing the patient to remain awake and lightly sedated during the procedure (much safer than being put under general anesthesia in the O.R.). Liposuction performed in this manner has great benefits: local anesthesia constricts blood vessels at the site (ensuring minimal blood loss and bruising), shorter recovery time, low infection risk (the anesthesia mix kills bacteria), and more symmetrical results (you are awake, so I can have you switch positions or stand up to check that areas are even). Most importantly, you have significant improvement ...with just one treatment …boom.

I have been performing tumescent liposuction since 2000. I was formally trained to perform this procedure during my surgical and cosmetic fellowship and since then, have continued to attend workshop trainings. Additionally, I taught this procedure to dermatology residents in training at the University of Colorado for over four years. Tumescent liposuction patients are consistently some of our happiest patients. The RealSelf reviews rate this procedure much higher than fat freezing, a level that is statistically significant. Their number, however, is still lower than I would have thought as, at Perfect Skin Dermatology, our satisfaction rate is 96%. I imagine that the variance depends on the operating surgeon, and some are better than others.

Here’s what we can treat: necks and jowls, arms, breasts (reduction), abdomen, buttocks, hips, flanks, thighs, knees, calves/ankles, and even armpits (for excessive sweating). Most procedures cost between $3,000-$5,000. Please consider this tried-and-true procedure before you spend your hard-earned money on a quick-fix with a low satisfaction rate. Tumescent Liposuction is still the Gold Standard.

Back to Blog Page