What is Tumescent Liposuction

The concept of liposuction is quite straightforward: unwanted fatty deposits are removed using small stainless steel tubes (cannulas) connected to a powerful suction device. These cannulas are inserted through very small incisions (1-2 mm adits). Fat is removed as the suction cannulas create tunnels in the subcutaneous fat. Post-operatively, these tunnels collapse, resulting in an improved body contour.

Probably the most significant improvement to the liposuction technique came about in the mid 80’s, when the tumescent technique was developed. In this manner, liposuction can be performed without general anesthesia, completely under local anesthesia. Tumescent liposuction is now considered the safest form of liposuction worldwide. There is minimal blood loss, less pain, post-operative recovery time, expense, and the cosmetic results are beautiful.

Tumescent Liposuction, How it works

What Areas are Treated By Tumescent Liposuction?

In women, the most commonly treated areas are: the abdomen, hips, flanks, thighs, knees, calves, ankles, and the chin/neck/jowl area. Men comprise about 25% of our patients and usually request treatment of love handles, abdomen, breasts, and neck/chin.

Are the Results Permanent?

YES! Fat cells removed by liposuction do not recur. Removing fat cells from the desired location means that there is no longer a fat deposit that can enlarge or diminish. A patient who previously may have easily put-on weight on her thighs and hips, for instance, will find that after liposuction to these areas, it is less likely that these areas will accumulate fat with weight gain.

Am I a Good Candidate?

The best patients for liposuction are those in relatively good health with realistic expectations. Most of our patients have few localized areas of fat they would like removed. Liposuction is not a treatment for obesity or a substitute for lap band surgery. Rather, it is an effective and permanent procedure to remove fat deposits resulting in a more pleasing silhouette.

Very comfortable and luxury setting , a welcoming experience. I will continue to have procedures done only with Dr. Schroeder. I found her to be kind and caring and I trust her professionalism. Everything I had done at her office has made a major improvement in my life . It is easy to feel good about going to a doctor, when everyone including the staff is kind and caring and reassuring. 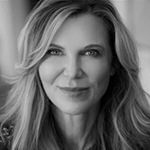 Dr Schroeder has been performing Tumescent Liposuction since 2000. She received formal instruction during her fellowship and subsequent training directly under the originator of the technique, Jeffrey Klein, MD, and also well-known tumescent pioneer, Patrick Lillis, MD. She performs liposuction surgeries on a continual, regular basis and has been the only faculty member at the University of Colorado, Anschutz Medical Campus who instructs and lectures to Dermatology residents on this procedure.
Learn More About Dr. Schroeder

How Does Tumescent Liposuction Compare to That Under General Anesthesia?

Large volumes of dilute anesthesia are infiltrated through small cannulas into the areas treated, causing the targeted area to become temporarily swollen and enlarged. This technique magnifies the fatty area, causing untreated areas to become more easily detected. For this reason, there are fewer post-surgical irregularities and asymmetry. Because patients are awake, it is common practice to have patients stand or change position so that the surgeon can evaluate for symmetry and residual areas that may have been missed, allowing for a superior result.
Your post-operative recovery time is significantly reduced, as recovery from general anesthesia is eliminated. You will feel tired for a day or two, and certainly achy, but most patients are able to return to work and moderate activity by day 3-4.

What are the Risks?

As with any surgical procedure, there are some associated common side-effects: bruising, swelling, and temporary numbness. There can be irregularities of the skin, but this finding is less-common with the tumescent technique than with traditional liposuction. There are more uncommon risks, such as infection, but since the local anesthetic “kills” bacteria, this risk is quite rare. The safety of the Tumescent Technique has been evaluated for 40 years, and to date there has never been a single death associated with this technique on its own.

Are the Scars Visible?

Because very small cannulas are used, only tiny incisions are made (1-2mm). The wounds heal on their own and become inconspicuous over time.


Will My Skin Be Loose After Tumescent Liposuction?

Skin change after liposuction is similar to that one would realize after dieting. Multiple connections between the skin and the underlying structures remain, as liposuction is achieved through removing small tunnels of fat in the targeted ares, preserving many fibrous connections. With the healing process, these remaining connections contract and maintain the position of the skin to the tissue beneath. Excessive folds of skin are not a worry. In fact, many patients that would have required a tummy tuck, for instance, find that they do not need one after post-liposuction contraction has occurred.

How Does Tumescent Liposuction Compare to Non-invasive Methods of Fat Removal?

Results from Tumescent Liposuction are more dramatic than what fat removal via cryotherapy (CoolSculpting), ultrasound, radiofrequency, or fat-dissolving injections can achieve. Most of these other modalities require multiple sessions to achieve a desired subtle result. Inch-for-inch, liposuction is much more cost-effective for patients.

Why Don’t All Liposuction Surgeons Offer the Tumescent Technique?

From a surgery standpoint, liposuction under local anesthesia is more time-consuming. There are, however, other variables, including the surgeon’s training. All Dermatologic Surgeons who perform liposuction use exclusively the tumescent method, whereas most U.S. Plastic Surgeons use general anesthesia, as that is what is taught in respective training. Currently, there is a growing trend toward the use of the Tumescent Technique across all specialties.